Oldest ever 3,000 year old Hebrew text discovered in Israel. Excavations in the Elah Valley have made several astonishing discoveries. You may remember the Elah Valley as the location where David defeated Goliath nearly 3,000 years ago. Archeologist have unearthed a substantial fortress overlooking the valley. This Elah Fortress is a large and very important archeological site. Several of the stones used to construct the gate are over ten tons each. Even more interesting is the fact archeologist have found two gates at the location. This is the first instances of two gates found in the region and by coincidence there is mentioned of a two gated city in the story of David and Goliath.

The entire site has been dated to the tenth century B.C. which has it being occupied during the time of King David. Several scholars are claiming this fortress is important in a number of ways. Perhaps most significantly they claim the fortress is evidence of a complex and organized central government system during the time of David and Solomon. This would be in direct contrast to claims made by many critics. In addition to the structures, gates and other findings, archeologist made yet another very important discovery while excavating the Elah Fortress.

The text refers to slaves, orphans and widows. Experts claim the writing is somewhat similar to biblical text, but is definitely not a copy of any scripture. One of the most interesting assessments of this discovery is its relation to the Bible. With these findings it is now believed the Bible may have been written several centuries earlier than previously thought.The Elah Fortress has already provided a number of very significant discoveries and experts believe more discoveries are just waiting to be found. Already they have found the first two gate fortress in the area, the oldest example of Hebrew writing, and have possibly shown there was a strong and complex central government in Israel in the 10th century B.C. Excavations will continue and hopefully more discoveries will be forthcoming. 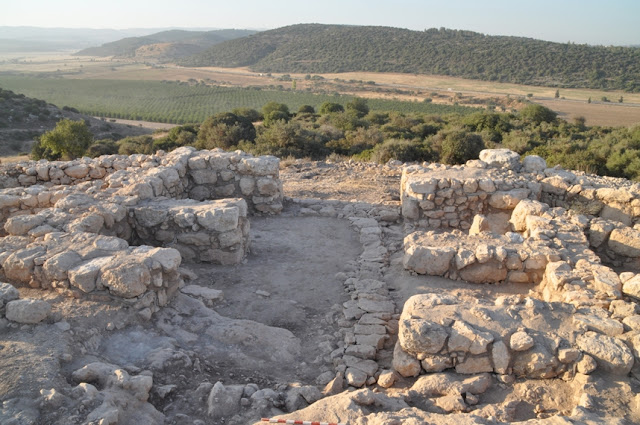